You are here: Home / Attractions

Serengeti national park is African wildlife Mecca is one of the best game viewing destinations no only in Tanzania but entire Africa. The home of the world’s largest animal migration that is the wildebeest migration. The park has the oldest eco-system in the world which is untouched till to-date. The endless plains of the open Savannah dotted with Acacia trees is tourist dream destination when thinking of true African juggle. It’s the heart of Tanzania tourism industry managed by the Tanzania National Park Authority. Tanzania safari is considered incomplete if the guest does not get a step foot at the majestic national park.

In this article we give you the highlights of unmissable Serengeti national park attractions during your Serengeti safari. Some of them include the following:

The famous Serengeti national park is based on Wildebeest migration. More than half of the guests that come to the park want to witness the live action of nature. The July to August climax which is witnessed when millions of the wildebeests cross the Mara river to Kenya busy Masai Mara national reserve.

Serengeti national park also known as the little birding paradise is a home of the great bird species. The long list of over 500 bird species are distributed to the open vast endless plains of the park. Considering the size of the park, birders have their Serengeti birding safaris much longer in order to achieve the best. Birding safaris are best done during the green season when the birds are breeding. During the green season the park also receives the migratory birds across the world during this season. Birds are some of the key attractions in Serengeti national park. The following are the sample of the birds that are viewed in Amboseli national park: Weaver bird, Secretary bird, Sacred Ibis, Hammer kop, African Jacaranda, Flamingo, Grey Crown Crane, Lapwing, Dickson’s Kestrel, African Swamphen, Pangani Longclaw, Herons, Ostriches, Hornbill and many more.

Serengeti national park is one of the earthly best destination for game viewing. The short open savannah grassland that dominate the endless plains of the park gives a good sighting positions of the wildlife. The park hosts a high population of animals especially the predators (Big cats). Serengeti national park attractions include the African big five members those are Rhinos, Buffaloes, Elephants, Lions and leopards. Animals are the number one attractions in Serengeti with the size of the park favouring the balance population growth of predators and the prey. Game drives are the highlight of your Serengeti safari that exposes you to the strength of nature as you get close to the animals. Some of the animals seen in Serengeti include: Lions, Loepards, Elephants, Buffaloes, Giraffes, Rhinos, Gazelles, Wildebeests, topi, Dik-dik, Hyenas, Hippos, Jackals, zebras, Baboons, Monkeys and many more.

Maasai people are among the few earthly people who have maintained their culture strong even if modernization is taking the world like wild fire. The locals were the first inhabitants of the park before it was gazetted.

After gazetting the park the Maasai people were relocated in Ngorongoro Conservation area but after a long run they have occupied some part of Serengeti again. The local Maasai people is one of the Serengeti national park attractions that gives you unique African cultural experience.  Some of the londges have employed the local Maasai people tyo always come and entertain the guests in the evening during their camp fire time. Serengeti is not only a home of wildlife but also a home of the Maasai warriors. Their traditional practices are much unique and worth visiting them.

These are water catchment areas at the park where the main habitats inside are the hippos. A visit to Serengeti national park without reaching in the hippo pool is more like incomplete. 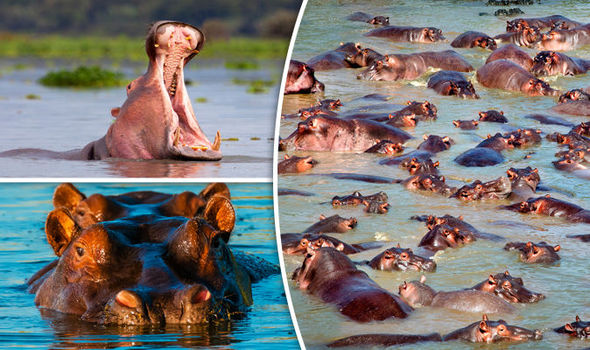 The hippo pools are some of the major Serengeti national park attractions that are worth a visit. Seeing the large water animal at close range when the whole body is out is amazing. You find them in large numbers on the small pool of water. They keep swinging their tails to splush water on their backs. There are several of the hippo pools at the park though the most known like Retina Hippo pool takes the highlights.

These are the volcanic inselbergs also known as the rock outcrops. They are distributed to some parts of the park. They are dominated by the territorial lion prides and the fearful Black Rhinos. The rocks are not only animal shades but scenic beauty for the sightseeing.

Sorry, no posts matched your criteria